Home » Blog » Foods that boost your metabolism (and those to avoid)

Foods that boost your metabolism (and those to avoid) 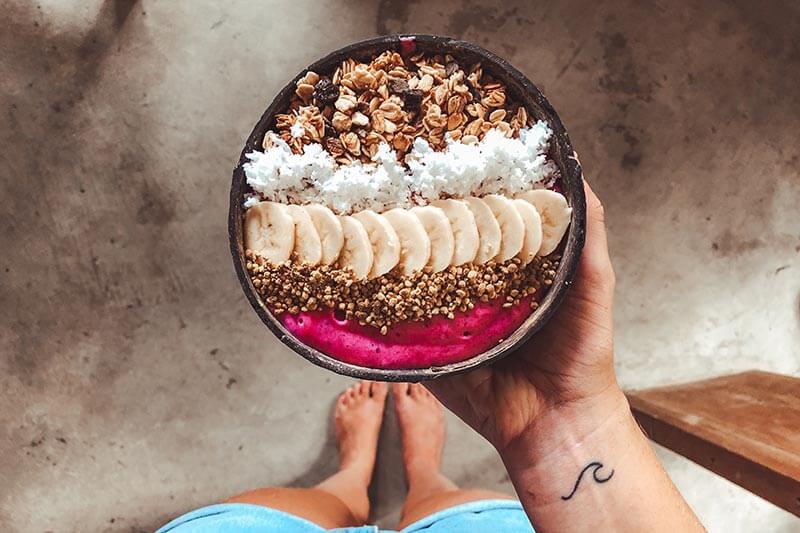 Every weight loss journey is different. For some, noticing a difference in your appearance comes quickly, while for others it can be far more subtle changes.

Either way, we all wish that we could burn calories faster. Whether we’re upping our daily step count, heading out for a run in the morning or hitting the gym several times a week.

No matter what we do, we want things quicker and quicker. I totally get it, ladies, I do.

How does your metabolism work? 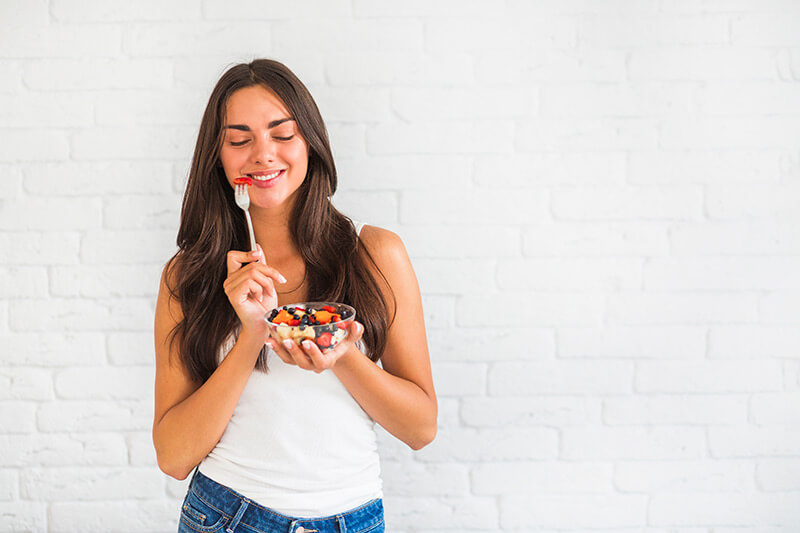 Put simply, your metabolism is the rate at which your body burns calories. When we’re younger, our metabolism often runs high, as we’re full of energy and constantly on the move.

As we age, this can often slow down. Usually, this is because we spend most of our day sitting at a desk or driving, with minimal exercise.

But before we dive into thermic foods and those that may sabotage your metabolism, it’s worth noting that your metabolism is mainly out of your control. Several factors come into play to determine this, including your age, genes and even your height.

While it may seem unfair when you see a friend scoffing cake without putting on a pound, unfortunately, this can be how our bodies work! From one person to the next, metabolism can be hugely different.

Although, before you think that you’re destined for a ‘slow’ metabolism, all is not lost! Thankfully, there are foods that increase metabolism, you just need to know where to look.

So as well as getting regular exercise to increase calorie burn, thermogenic foods should most certainly be on your grocery list. But there’s more to metabolism than our eagerness to burn calories. We also need it for everyday functions, such as breathing, thinking, digesting, regulating our temperature and even circulating blood.

Our metabolism consists mainly of our resting metabolic rate (RMR) – the amount of energy our bodies use to perform basic functions (such as breathing). 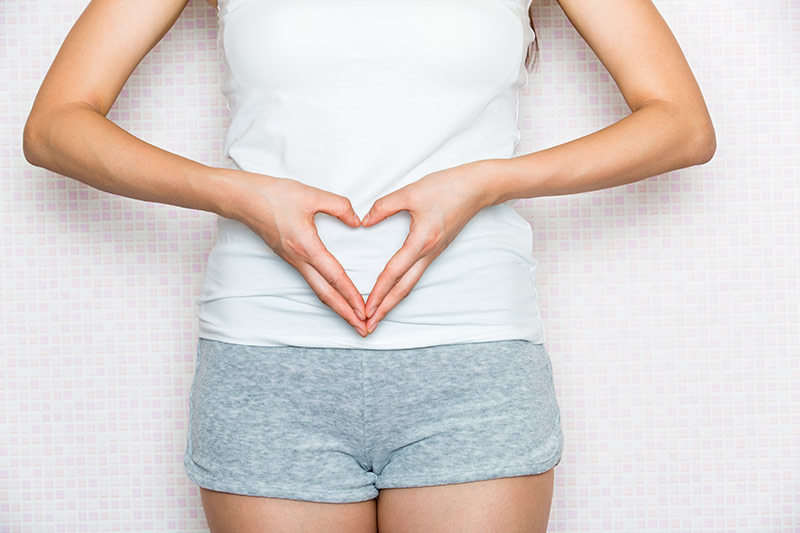 As well as your genes, lean muscle mass also plays a role in your metabolism – since muscle burns more calories than fat.

While you may not be here looking for ways to beef up for a bodybuilding competition, increasing muscle mass (enough to look toned!) can boost your metabolism, even while not actively exercising.

Foods with high thermic effect – Can they boost metabolism? 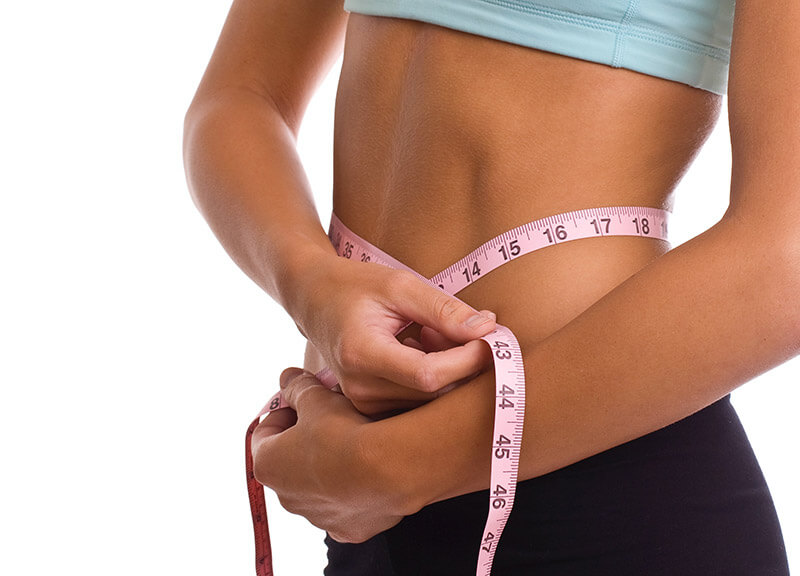 In order to maximize your metabolism, you need to gain (a little!) muscle mass, exercise regularly and involve some thermic foods in your diet.

Some high thermic effect foods can ramp up your metabolism, making it easier to burn calories and therefore hit your fitness goals.

However, you need to be consuming the right thermogenic foods to improve your metabolism, as some can actually do the opposite.

Nevertheless, there are plenty of foods that boost metabolism, which you can easily start to add to your meals. Foods that are high in protein are harder for the body to break down and utilize, therefore maximizing calorie burn after eating by some 35%.

Of course, ‘protein’ is a little broad as far as thermic foods are concerned – but don’t worry, we’re going to list out the best foods below!

The best foods that increase metabolism 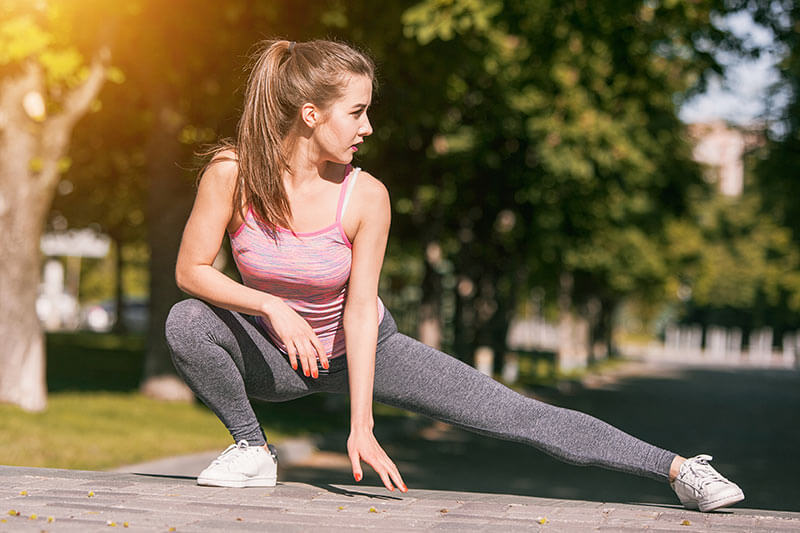 As we already mentioned briefly, thermogenic foods that are packed with protein can give you a great metabolism boost. Although foods with high thermic effect can be great for helping you burn more calories, you do need to keep tabs on your portion control still.

While these thermic foods are great for increasing burning potential, if you go a little overboard, you could start gaining weight instead.

So, what are the right foods that boost metabolism? Let’s dive in. 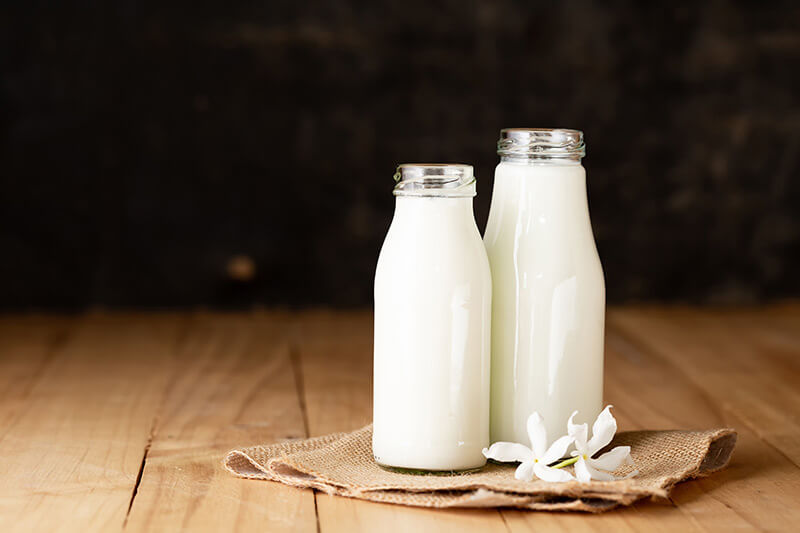 With plenty of protein per cup (around 9 to 10g), milk is a key thermic food to boost your metabolism. Plus, with calcium and vitamin D, milk can support muscle growth and help you maintain your metabolism.

However, opting for low-fat options will help you keep your fat/calorie intake low, if you’re looking to lose weight. Not a big milk drinker? No problem, add it to oatmeal, hot cereals and a dash in your coffee.

A common staple food for those looking to add plenty of protein and amino acids into their diet, beans are also a top contender on our thermogenic foods list.

Since beans are also high in protein and fiber, they’ll keep you feeling fuller for longer, curbing those snack urges!

But as well as keeping you full, the time it takes to break down the protein in beans means that these thermogenic foods rev up your metabolism in no time.

Also Read: The best workout for women tight on time

Get beans into your diet via curries, salads and chili. 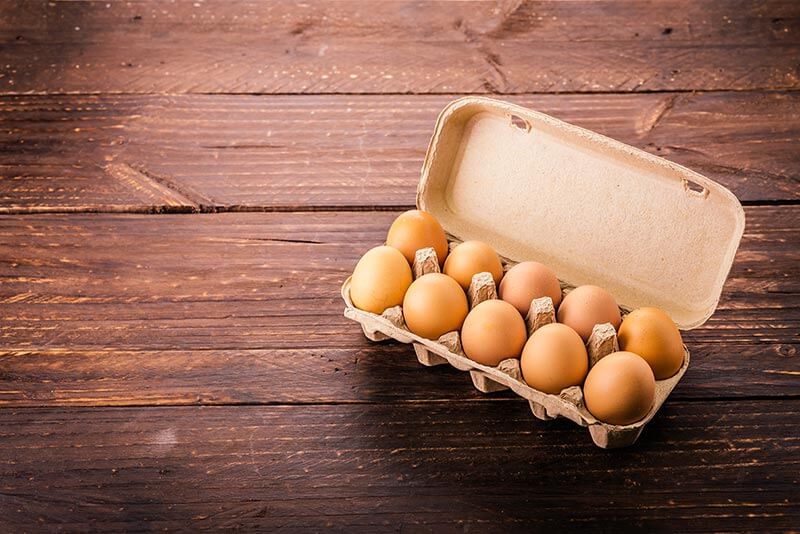 As well as being low in calories and a great source of protein, eggs also contain healthy fat – making them a popular go-to for those seeking thermic foods.

Not only will eggs keep you feeling full – helping to fight off snacking! – but they also provide your body with B vitamins, too. If you’re looking for foods that boost your metabolism, look for B vitamins, as they help convert food into energy.

They also help to improve the processing of calories. Often seen on lists of thermogenic foods, eggs have been shown to improve weight loss potential.

As well as adding a little kick to your meals, chili peppers are high on our list of foods that increase metabolism. Since capsaicin (a compound found in chili peppers) is so prominent, studies have shown its ability to boost your potential to burn calories.

If you’re not a fan of spice, it’s not uncommon to opt for capsaicin supplements, however, we’d recommend adding chilis into your meals instead!

Commonly found in plant-based meals, tempeh has risen in popularity in recent years. As part of our list of foods that boost metabolism, tempeh is a great source of both protein and fat, helping you feel fuller for longer.

With a high probiotic content, thermogenic foods (such as tempeh!) can also benefit your gut health, with the potential to improve immunity. 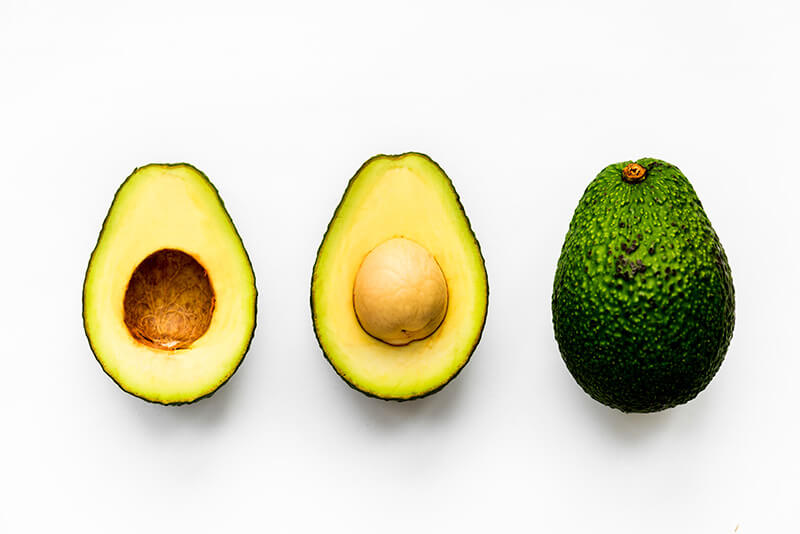 High in protein (at around 2g per half an avocado), avocados are a popular go-to on our thermic foods list! High in both polyunsaturated and monounsaturated fats, this easy food can help you feel fuller for longer.

Plus, as we touched upon earlier, our bodies take longer to break down protein, increasing calorie burn. But that’s not all! As an anti-inflammatory food, avocados have the ability to limit inflammation, making them a high thermic effect food that boosts metabolism.

Packed with fiber, whole grains are a must on our thermic foods list! Not only will whole grains keep you feeling full, but they’re also anti-inflammatory. So much like avocados, they can keep your metabolism running at its best.

According to studies, swapping refined grains out for whole ones may result in an increase in RMR.

What foods should you avoid?

Since we’ve talked about foods with high thermic effect, it’s about time we talk about those you should avoid.

Yep! Unlike foods that increase metabolism, there are some foods that can disrupt your metabolism. Predominantly, these types of foods fall into ‘refined grains’, however, soybean oil and drinks filled with sugar are also common culprits.

Instead of eating refined grains (such as pasta, rice and white bread), opt for whole grains. These will help you feeling full, as well as offering more nutritional content.

Also Read: How to tone up and shed thigh fat

Processed, sugary foods offer empty calories, with little value. So instead of working towards your body goals, they fill a small gap of hunger until about 20 minutes later!

The same can be said for sugary drinks, including alcohol. These type of drinks can slow down your metabolism, making calorie burn even harder. Research has shown that eating a high-protein meal with a sugar-sweetened drink may reduce your metabolism.

As well as these types of foods, soybean oil is a common concern in regards to your metabolism. Both high in calories and omega-6 fatty acids, when used frequently it could lead to weight gain.

Ready to smash your body goals? 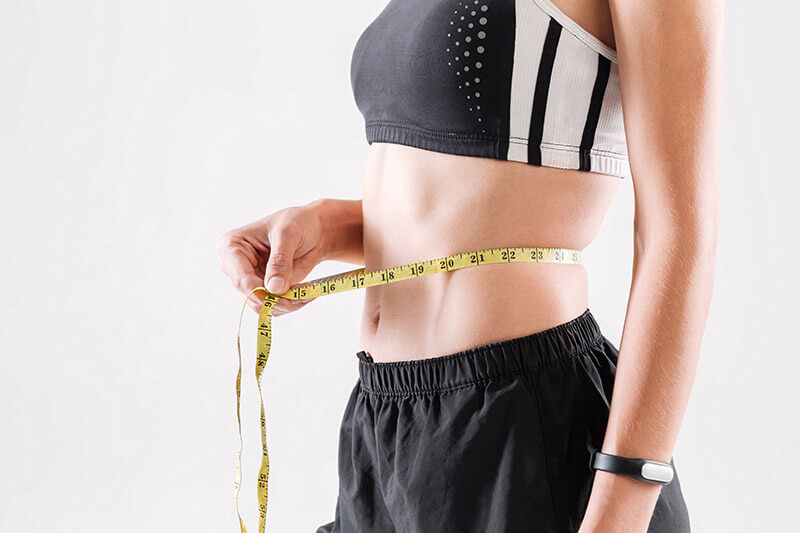 Trying to boost your metabolism shouldn’t have to feel like a minefield. With the right thermogenic foods, you can maximize your calorie burn and hit your goals in no time.

But of course, if you need a little help, there’s always Zotrim. Our 100% natural appetite suppressant is clinically proven, helping you to control your cravings and smash those body goals! 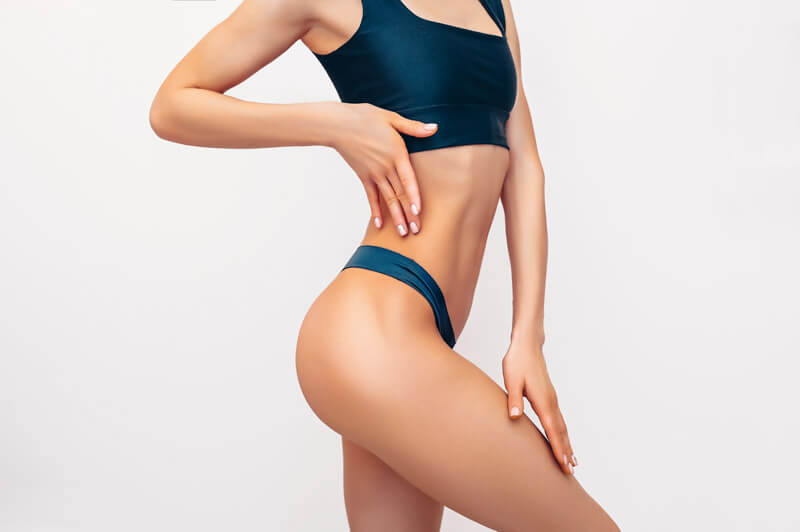 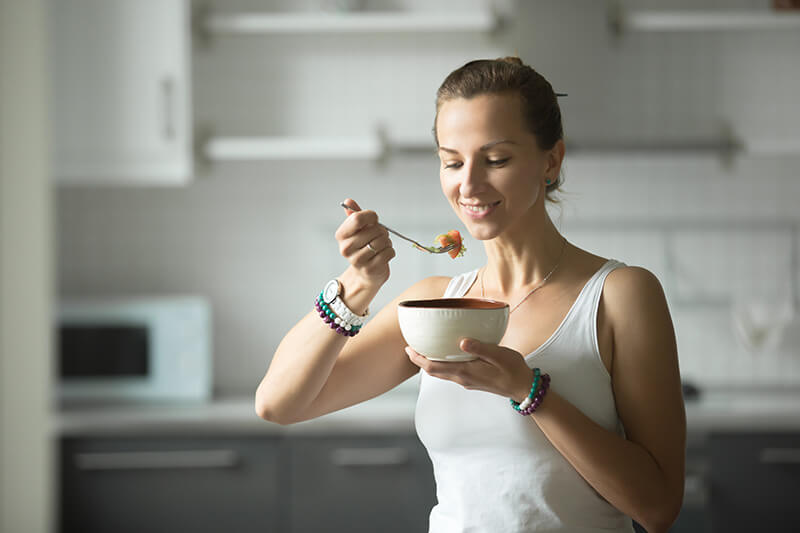 What is a calorie deficit and how can it benefit weight loss?

I’m going to put it out there, ladies, losing weight is tough. There are so many workout plans and fad diets around, that it can

Foods that boost your metabolism (and those to avoid)

Every weight loss journey is different. For some, noticing a difference in your appearance comes quickly, while for others it can be far more subtle 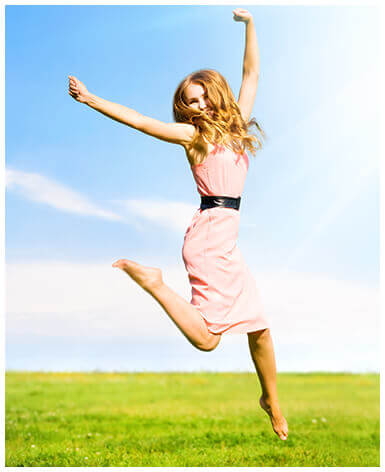 Jane is our resident health, diet and wellness expert. She loves putting together articles packed full of the latest facts, science and advice from reputable sources within the health and wellness industry. If you have any questions please get in touch via our contact page. 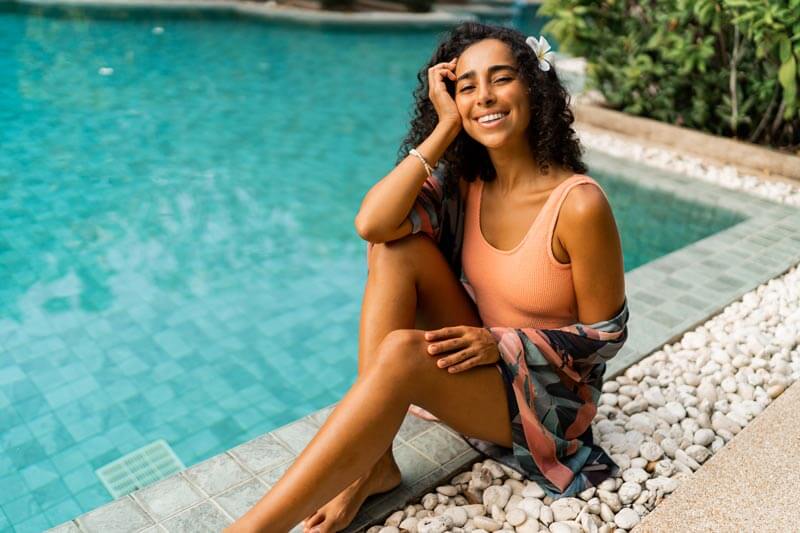 Target cellulite with these exercises

Argh cellulite… it’s just not what we want, is it ladies? In the hope it makes you feel a little less alone with this, did 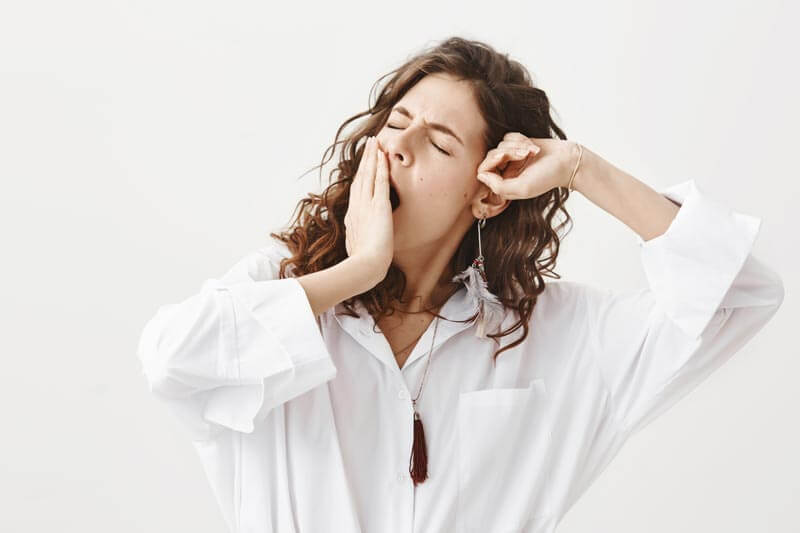 Are you too tired to exercise?

We’re all in the same boat ladies. We all have a target we want to hit, a weight we want to be or just want 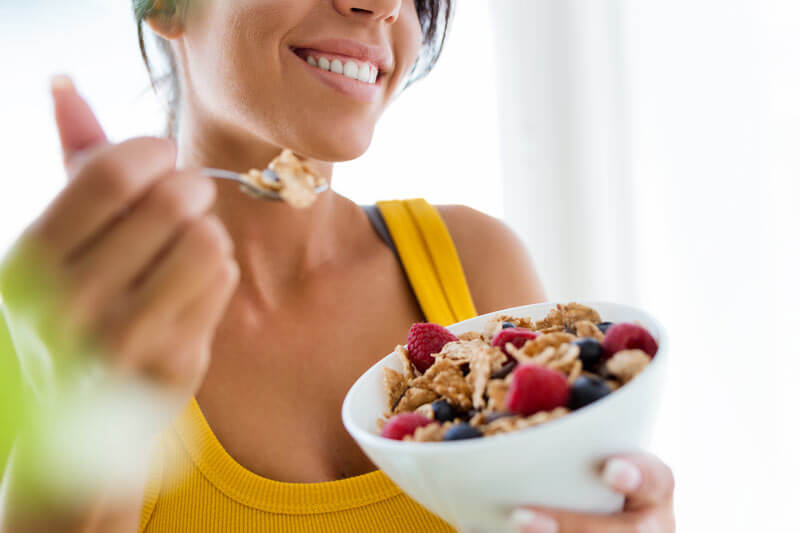 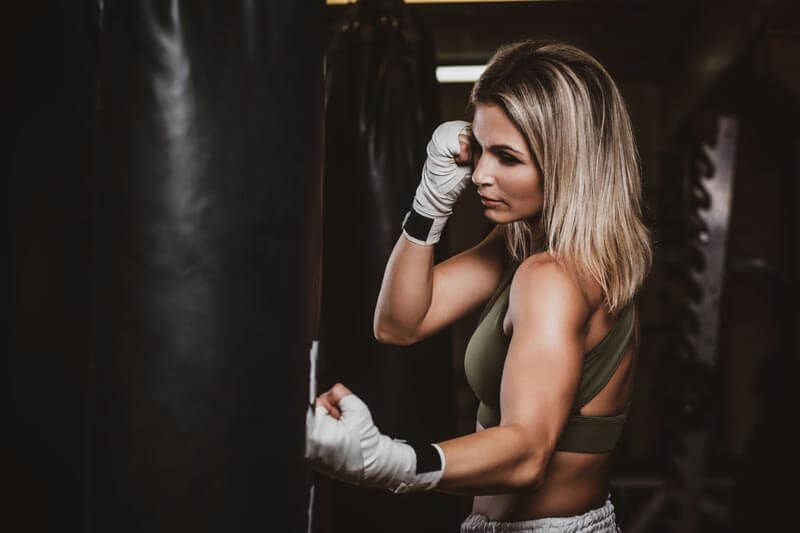 Right, ladies. There’s nothing worse than feeling self conscious about a certain body part, let alone having a name for it! Yep, I’m talking about 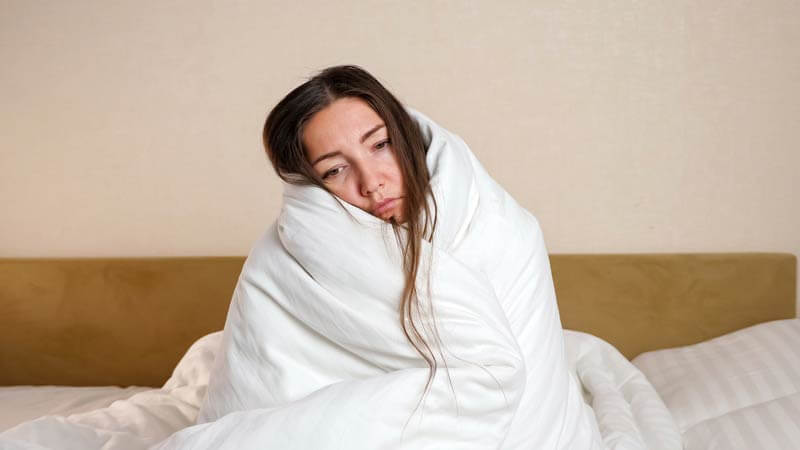 Do your hangovers seem to last forever?

So you went hard at it on the cocktails last night, and now you’re regretting it, am I right? It seems that just five minutes 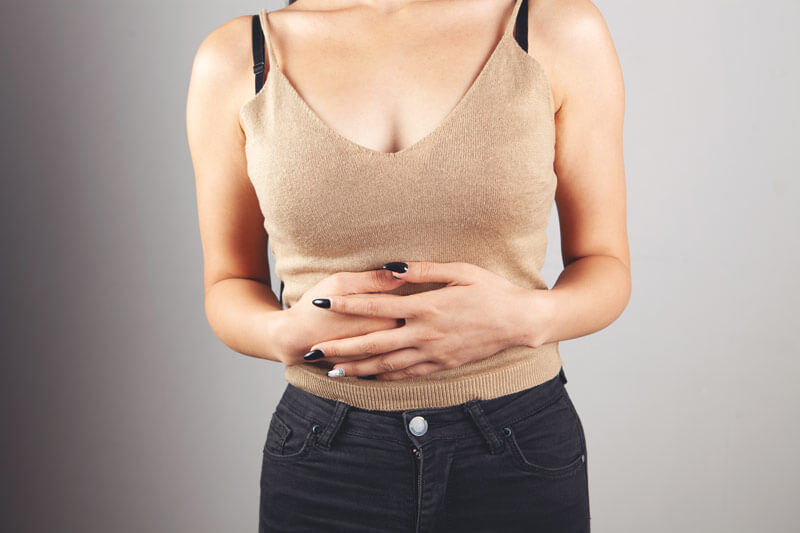 Bloating – how to stop it

When you’ve been working hard to feel your best, there’s nothing worse than some serious bloating ruining the look of your favorite outfit. Or even 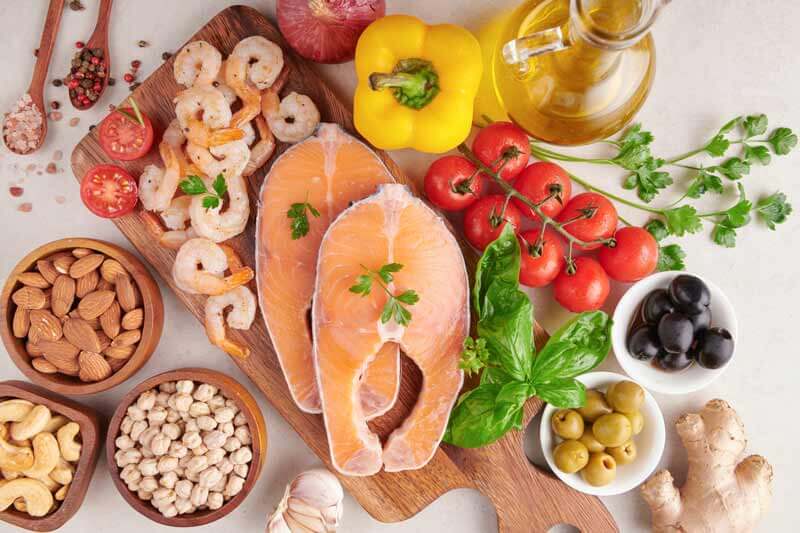 Mediterranean and Dash Diets – what’s it all about?

For the fifth year in a row, the Mediterranean diet has been ranked the best overall diet in the US News & World Report’s annual

*These statements have not been evaluated by the Food and Drug Administration. These products are not intended to diagnose, treat, cure, or prevent any disease. These products do not require a prescription or doctor approval as they are herbal and do not contain any prescription ingredients. Results in the Testimonials may not be typical and your results may vary. Not all people will obtain the same results. These products are intended to be used in conjunction with a healthy diet and regular exercise. Consult your physician before starting any diet, exercise program or taking any diet pill to avoid any health issues.

We use mouth masks when packing your order.

We use medical grade hand sanitizer regularly and gloves when packing.

Our delivery services use no-contact drop-off.